Sdzlegal Schindhelm crew, composed of Marcin Ptak (driver) and Wojciech Zając (pilot) entered a competition with a car from 1971 - Datsun 240 Monte Carlo Rally edition, making their debut in this kind of event. The course of the rally was over 750 km (including 14 special sections) and was very demanding, even just by the fact of the mountainous terrain, against which crews and their vehicles had to set themselves. Over 50 crews took part in the Rally, with cars from the years 1953-1982. It should be mentioned, that the event turned out to be perfectly organized. Thanks to the event we could meet great figures of polish motor racing, including Sobiesław Zasada. The crew composed of Marcin Stryczak and Mateusz Stryczak won the general classification of the Rally in their beautiful Porsche 911 Monte Carlo from 1966.

Unquestioned success for our crew’s newcomers was already finishing the Rally, furthermore, it is our pleasure to provide you with an information, that we were able to take the III rd place in our class. An interesting fact is, that our 41-year old car took the effort even better than a bit younger driver and pilot ;-).

I would like to thank on behalf of the crew the Partners of the Law Firm Sdzlegal Schindhelm for tangible support, patience and understanding, regarding the preparations to the event. It would not be possible to enter this competition without the support of our families, which turned out to be the best fans and the most important persons past winning post.

We also have to admit, that we will try to improve our performance next year …

We would like to invite you to a short picture story.

History of the Rally of Poland

Rally of Poland is after a famous Rally Monte Carlo, second oldest car rally in the world. It is also the most prestigious and the biggest motor racing event in Poland and in Europe. The first edition of the rally was held in 1921. The course led from Warsaw to Białowieża, and, the best from six competitors was Tadeusz Heyne, driving a Dodge. Year by year the course was getting longer and in 1925 it reached 3798 km. In 1926 and in 1931-1936 because of the economic crisis, the rally did not took place. The outbreak of the world war II precluded the start of the rally in 1940. Rally of Poland started again in 1947 with over 2500-kilometer course, leading through almost whole Poland. Rally of Poland, as the whole individual motorization, was not in favor of the authority and next edition of competition was not held until 1954. Rally of Poland in 1960 for the first time became a series of the Championship of Europe (those times it was the most important championship series in the world). Year by year Rally of Poland was becoming more popular and prestigious, but also more difficult. Through almost 50 years it obtained from the world federation FIA the highest difficulty rate. In 1973 and in 2009 Rally of Poland took place as a series of Rally Championship of the World. 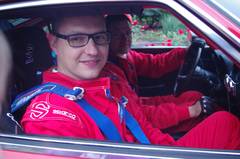 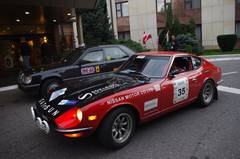 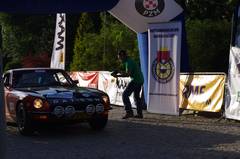 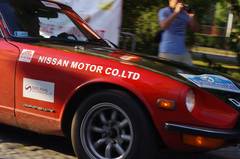 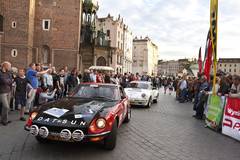 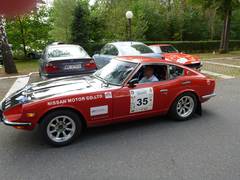 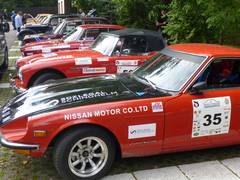 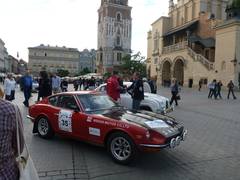 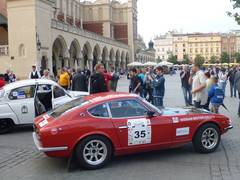